10 Iconic Editorial Fashion Photos Of The Past 100 Years

Below is a collection of 10 iconic photos in fashion, the list is not extensive, still, it contains some of the top fashion photographer and model moments in the history of editorial fashion photography! Click on the name links in this article by Rosie Torres for The Independent Photographer to find out more about these famous industry names.

'The earliest known fashion photos date back to the 1850s, in the court of Napoleon III. However, it was not until the 20th century, as fashion became accessible to a wider audience, that fashion photography came into use as an advertising tool.' 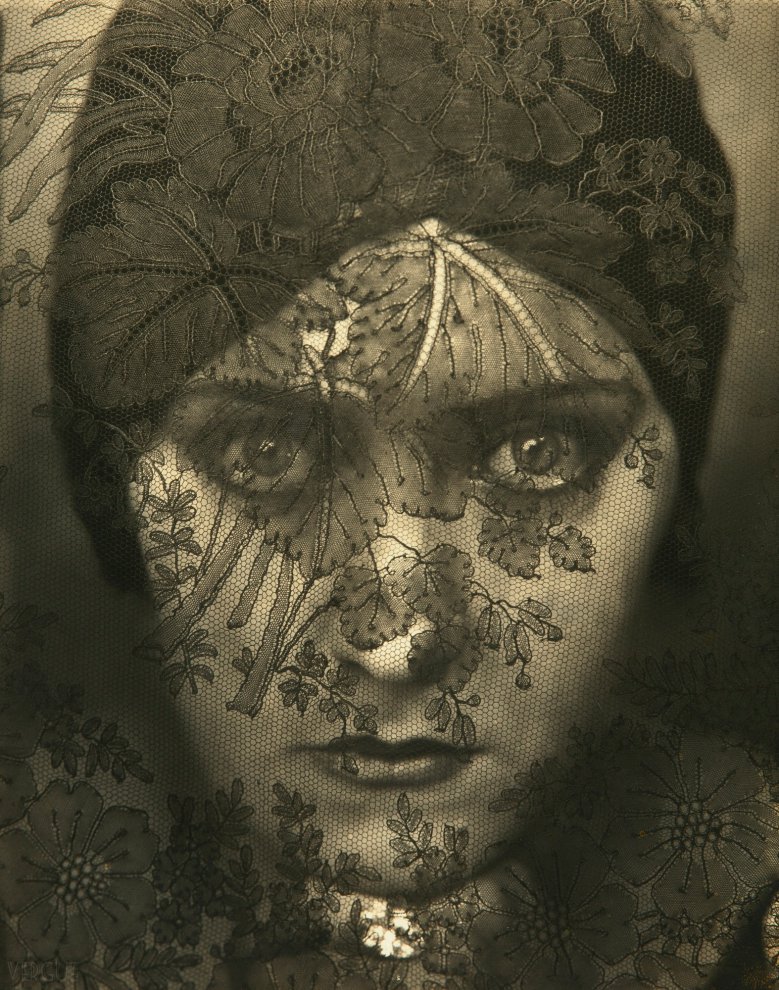 'The decision of famed Pictorialist photographer Edward Steichen to assume the position of chief photographer for Vogue and Vanity Fair by Condé Nast was one of the most controversial decisions in fashion photography. To Alfred Stieglitz, Steichen’s friend and partner in the photo-secessionist movement, Steichen’s decision to become a commercial photographer damaged the cause of photography as fine art. Yet, despite these doubts, Steichen’s years with Condé Nast were prolific and inspired.

Steichen’s 1924 portrait of Gloria Swanson has taken on an iconic status over time. Made in the era of silent movies, this image caught the essence of Swanson as a haunting and inscrutable figure, veiled by gauzy light and soft focus. Today, she seems to peer from the shadows of a distant era. Steichen’s image retains elements of turn-of-the-century pictorialism as well as the graphic precision of modernism.' 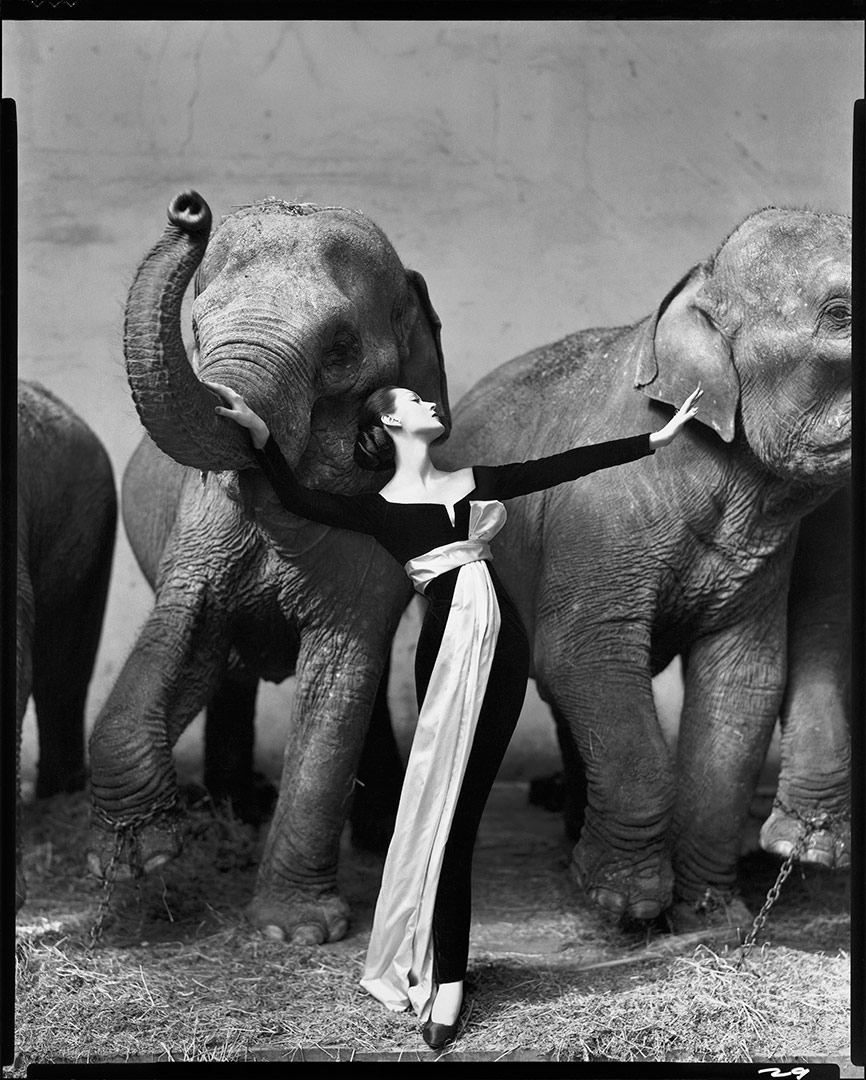 'Both Dovima and Richard Avedon were prominent names in their respective industries, so when the two met in 1955 to create an editorial for Harper’s Bazaar, it was a union that would go down in the fashion history books. Dovima was one of the most famous models in the world, and one of the last of an era that represented haute couture and classicism. An elitist world that began to change in the 1950s, as magazines began to favour girl-next-door looks over classic unattainable beauty, this editorial belonged in a transitional moment in fashion history.

By juxtaposing the strength of the elephants with the delicacy of Dovima’s body and gown- the first dress by Dior that was designed by Yves Saint Laurent- the picture also brings movement to a medium which had, until that point, been typified by stillness. Avedon’s ability to capture the personality of his subjects elevated this image from the fashion photos of his peers, who often presented their models as mannequins, thus blurring the line between commercial fashion photography and fine art.' 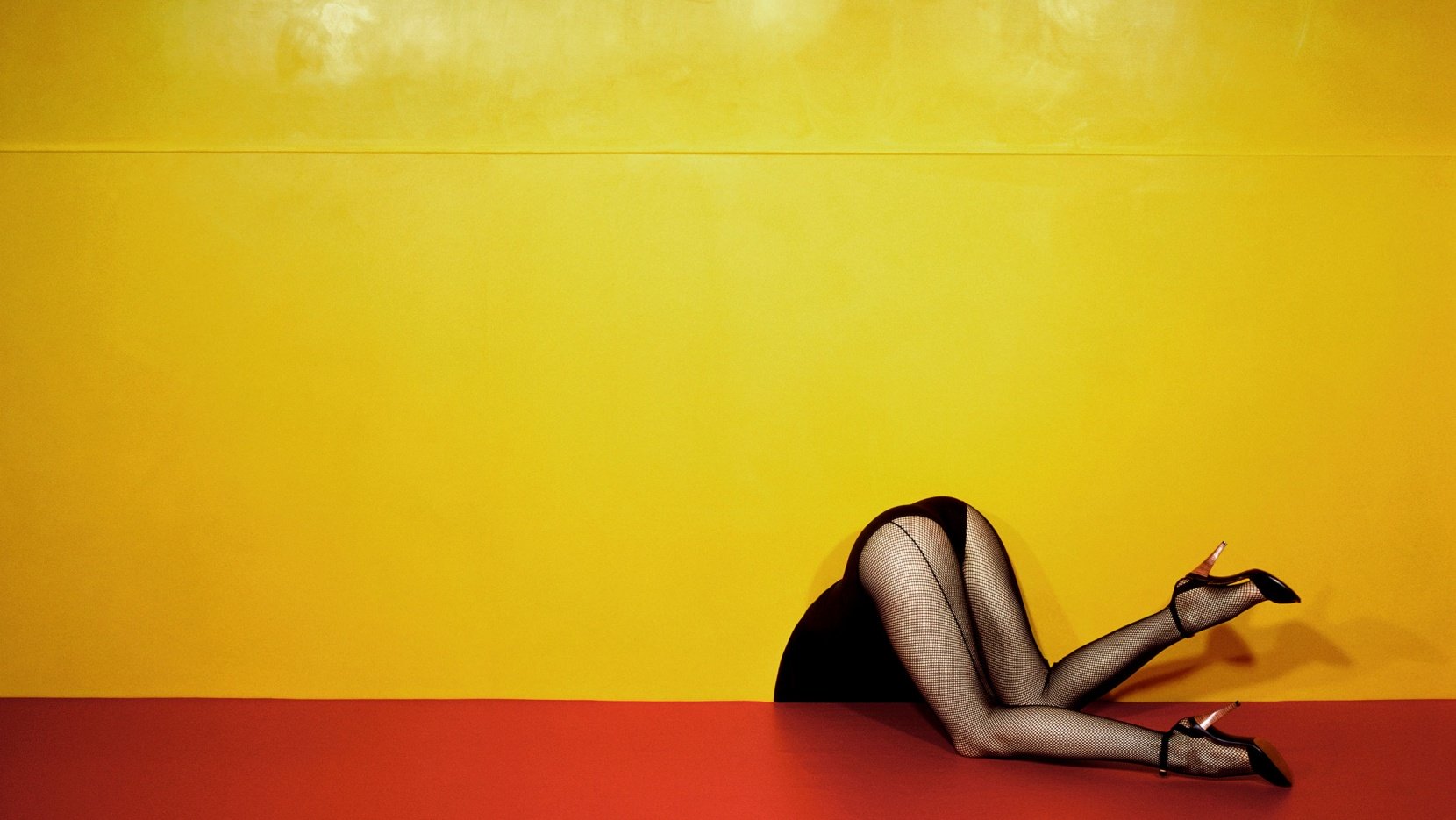 'Guy Bourdin’s surrealist, almost disturbing photos remain in the collective consciousness of the fashion world due to their unmatched originality. Bourdin breathed humour and his belief in achieving the impossible into every composition he made. Using optical illusions to create scenarios beyond the realms of reality, his work is often puzzling and undecipherable, much before the advent of photoshop. His preference for the landscape format also makes his work stand out from fashion photographers who used the portrait to tell their story. Bourdin’s work can also be remembered in his unmatched understanding of colour, perfectly exemplified in his frequent and long-term collaborations with shoe designer Charles Jourdan.' 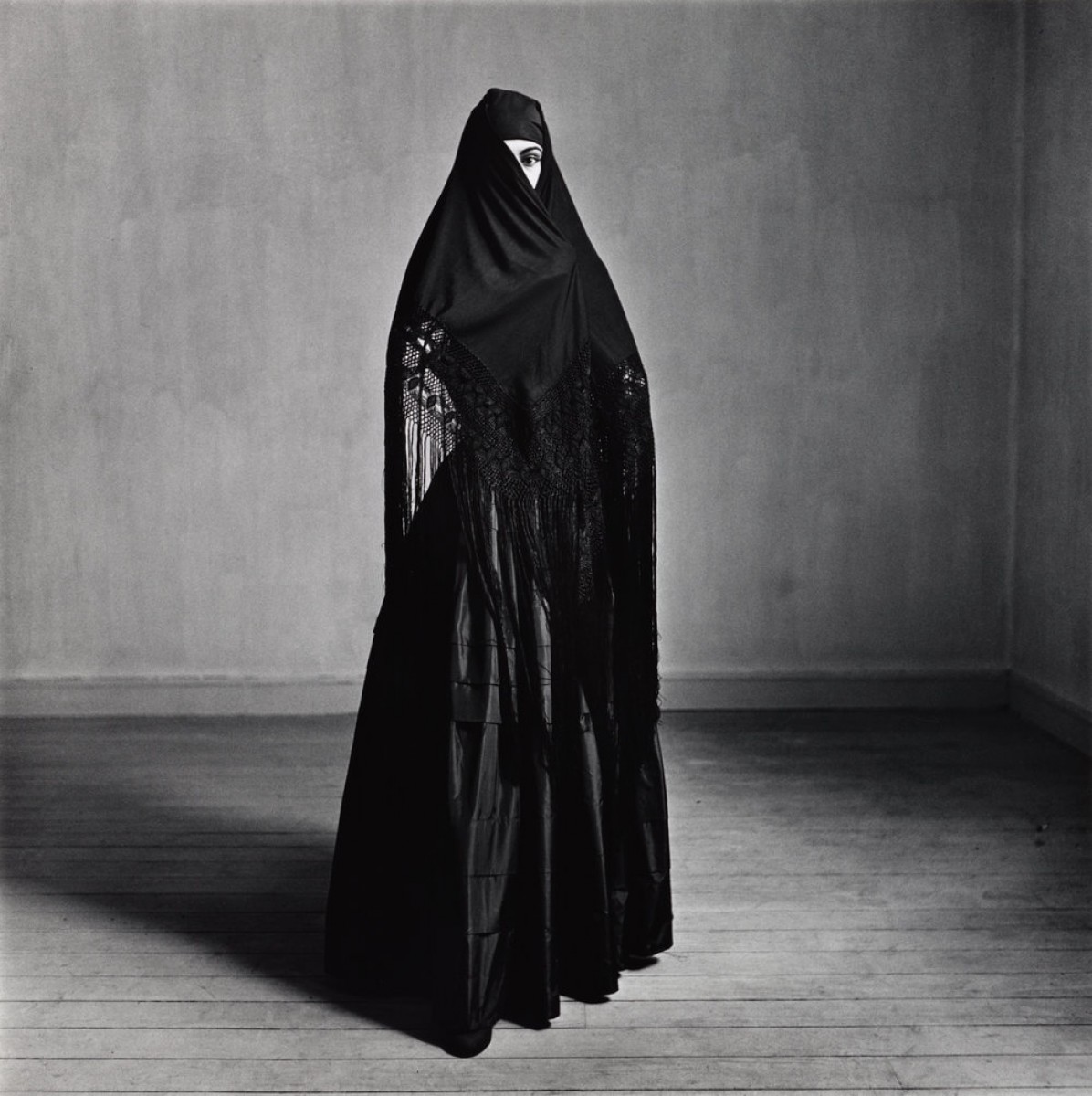 'Jean Patchett, one of the early 20th centuries’ biggest models claims she had her big international break-through after completing the project Flying Down to Lima with Irving Penn in 1948. Penn, whose work exemplifies mastery in the trades of both fashion photography and portraiture, was exceptionally talented at gleaning the soul of his subjects in his photographs. Of Jean Patchett he said: “She is not conventionally pretty but has the real beauty of a person of deep intelligence and sympathy, and that all comes out.”' 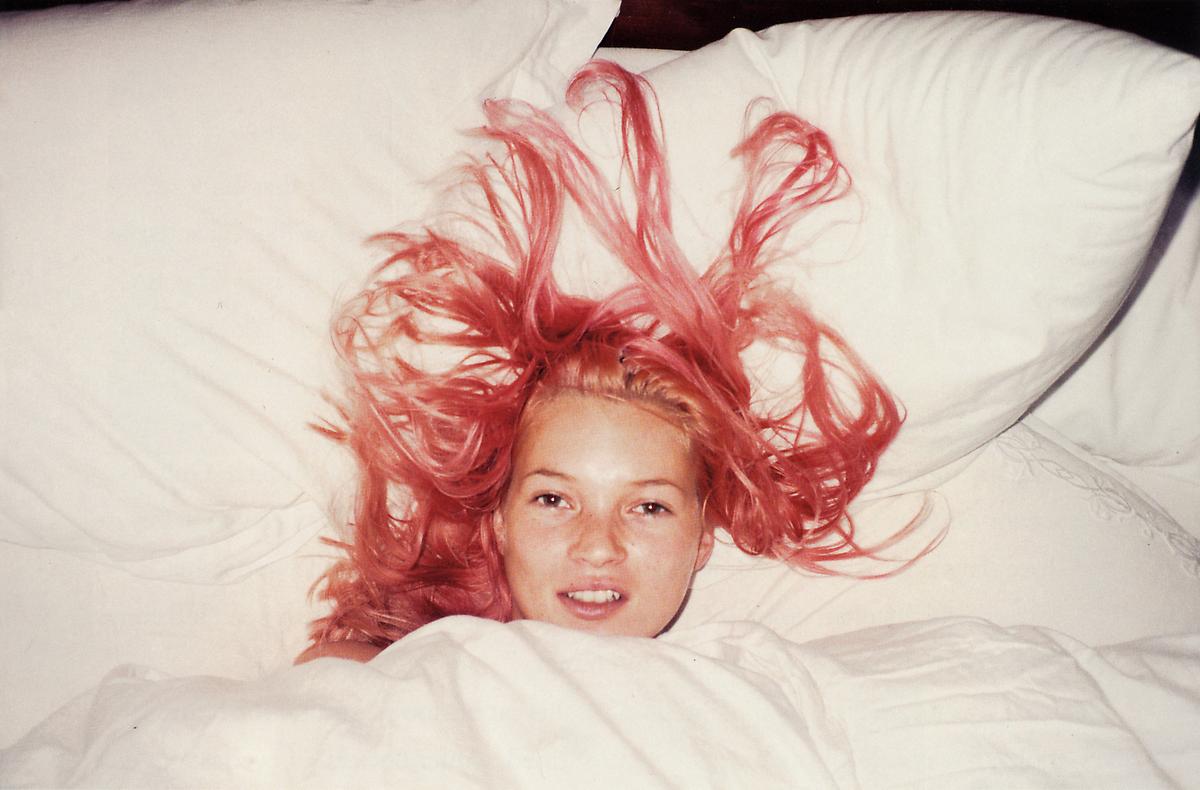 'Juergen Teller’s distinctive flash photos are synonymous with nineties and noughties fashion culture. Teller’s snapshots were so far removed from the rigid fashion campaigns of glossy magazines and have come to symbolise an alternative, more accessible type of fashion. His images have regularly appeared in more edgy style magazines like i-D, Dazed and Confused, Purple and AnOther. Teller’s method of working with a simple point-and-shoot camera, producing overexposed images and focussing on the rawness of his subjects has influenced a generation of photographers after him. This image of the biggest face in fashion, Kate Moss, at home in bed, shows a different, relaxed side to her high-power, world-conquering alter ego.' 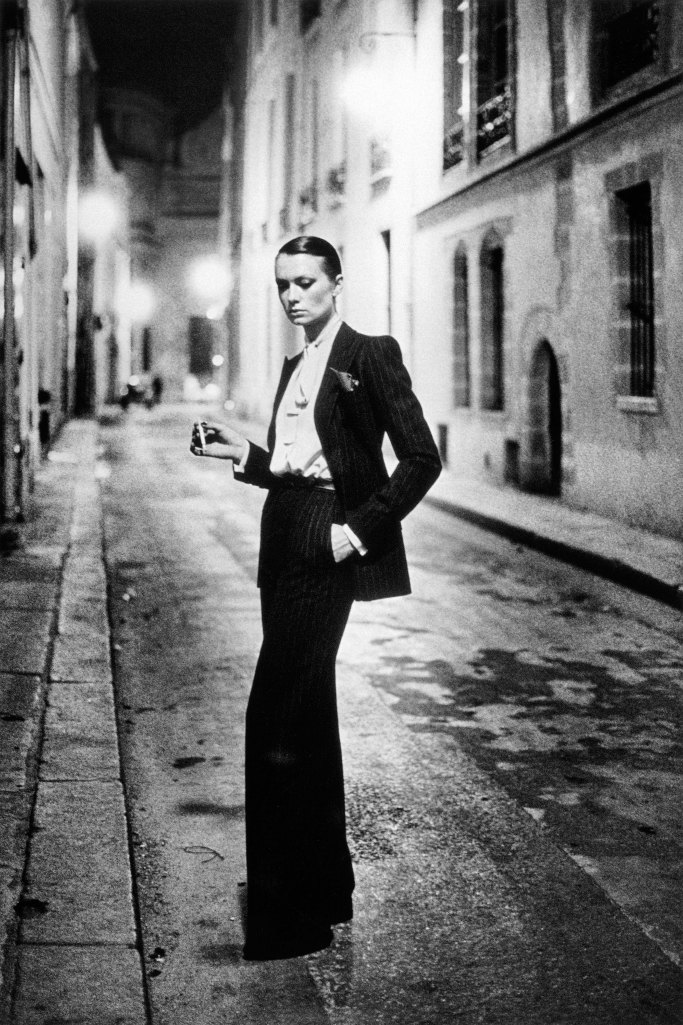 'The now infamous tuxedo which appeared as part of Yves Saint Laurent’s Autumn/Winter “Pop Art” collection in 1966 became an overnight sensation. Le Smoking uprooted all preconceived notions of femininity, stepping away from the trend of the little black dress, to redefine sexuality as one that existed beneath the sharp contours of a well-cut jacket and trouser.

Though Le Smoking was worn by some of the largest style icons of the sixties, including Catherine Deneuve, Lauren Bacall and Bianca Jagger, it was undoubtedly photographer Helmut Newton who put the suit on the map. His unique ability to infuse sexuality into every image reached new heights when he breathed his magic into the YSL tuxedo. Featuring an androgynous model with slicked-back hair, and paired with a wilting cigarette, Newton created a piece of iconography in monochrome simplicity.' 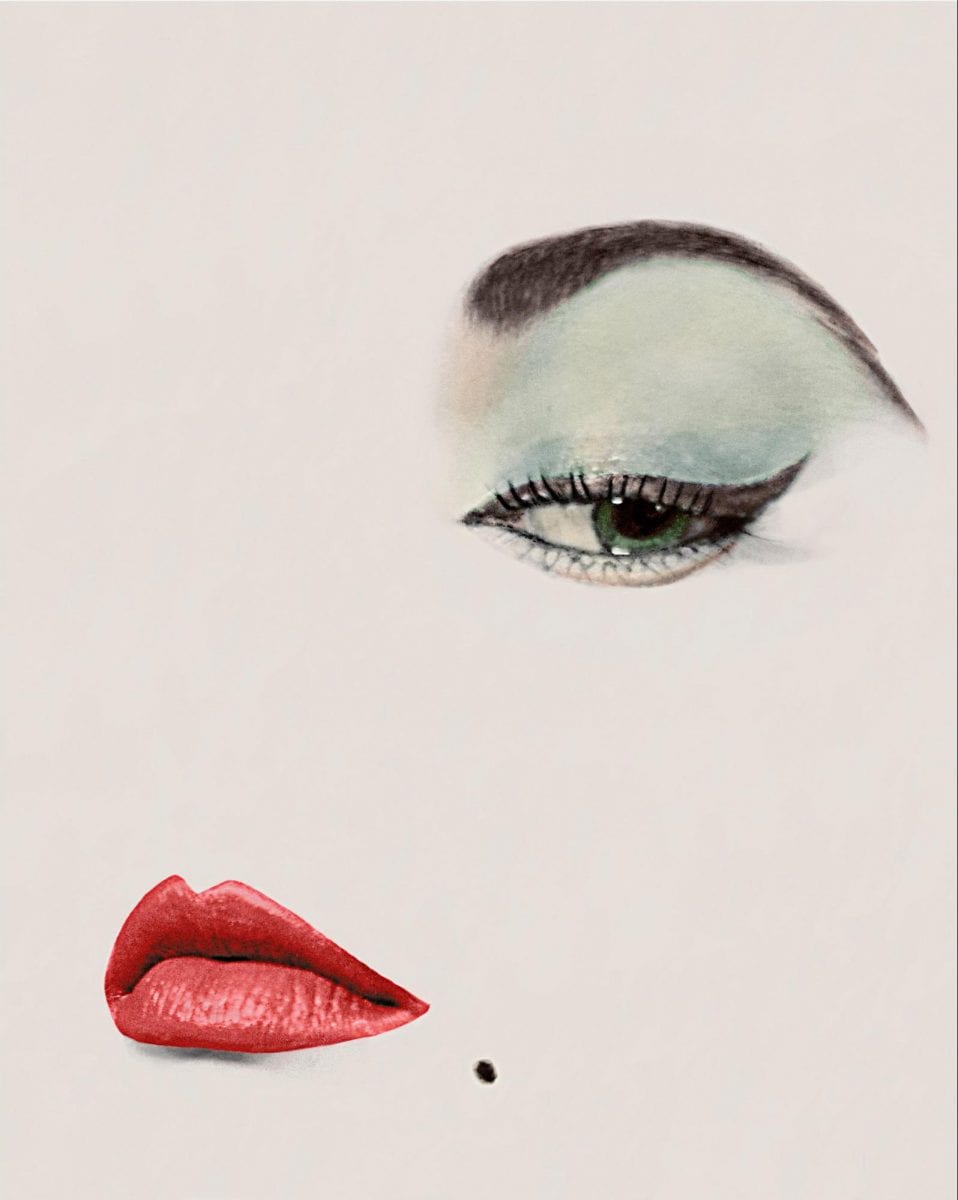 'Using the techniques of photoengraving and colourization from the original Black and White negative, Erwin Blumenfeld created one of his most intriguing and dramatic covers for Vogue, one which has been endlessly imitated. The model, Jean Patchett, was reduced to a flat white background with perfect lips and a beauty spot. Blumenfeld had started working in Black and White photography but transitioned to colour when he began working in the fashion photography industry, developing his style with techniques borrowed from his training as a painter. Blumenfeld currently holds the record for most Vogue cover shots and is a true fashion icon himself.'

'Frank Horvat was a pioneer of fashion photography, moving it outside of the studio. Leaving an indelible mark on the industry, Horvat’s work within the world of fashion also displays a photojournalistic eye. His unique sense of scenario, movement, and composition are inspired by real-life events, and moments he witnessed on the streets, on the commute from home to work. His work has been featured in all of the oldest leading fashion publications, but his ability to tell a story beyond that of beauty was noticed by the Magnum Agency, to which he was a recruit from 1959-1961. This stunning composition highlights Horvat’s mastery of tone, texture and contrast.'

'Tim Walker’s magical and eccentric images have been featured in the pages of Vogue since he was 25 years old. 23 years on he is still one of the best known and most original Vogue photographers to date. Before entering university, Walker was already enamoured with fashion photography, working on the Cecil Beaton archive. Following this, he briefly worked as an assistant to Richard Avedon in New York, before returning to London, full of confidence and ideas, to launch his own career. His work is characterised by theatrical characters, magical scenarios and extravagant sets. His use of pastel-colours is almost unparalleled, and this iconic shot of British model and environmentalist Lily Cole is the perfect example.' 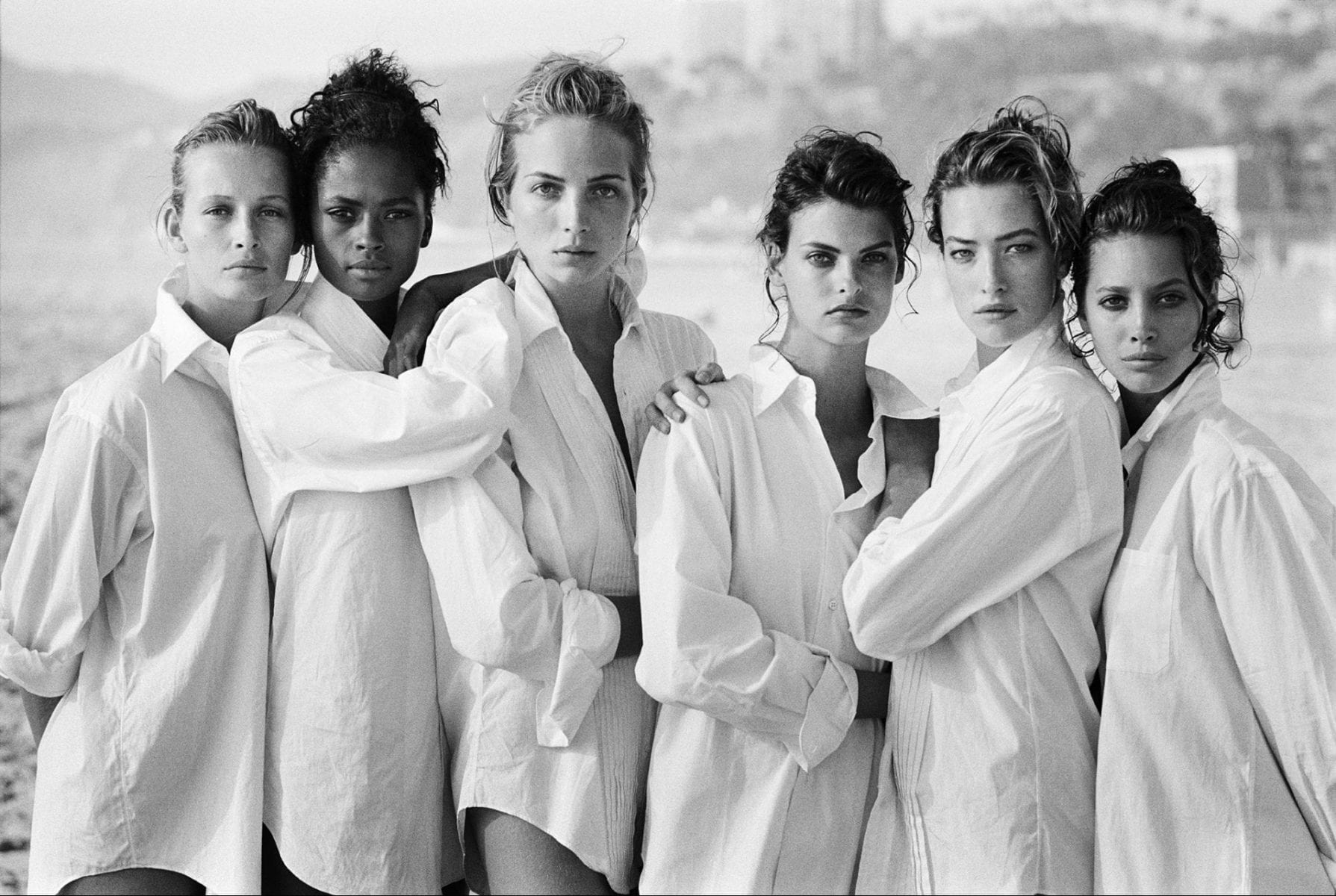 'When Peter Lindbergh presented his simple photo of the soon-to-be supermodels Linda Evangelista, Christy Turlington and friends to editor-in-chief of Vogue, Grace Mirabella, she was famously unimpressed. However, when Anna Wintour took over as editor-in-chief six months later, she praised Lindbergh’s well-crafted and intuitive simplicity and said that she would have given Lindbergh the front cover and primary editorial spread in the magazine for his series as it was the “future” of fashion. Hence Lindbergh is widely credited as launching the supermodel era, with the faces that would go on to define the fashion industry thereafter.'

All images © their respective owners

These are awesome ..what a wonderful collector of modelling and photography 💜

Wonderful post! I was beginning to think “No Tim Walker?”, but you popped him in near the end. One of the best articles so far! More please!