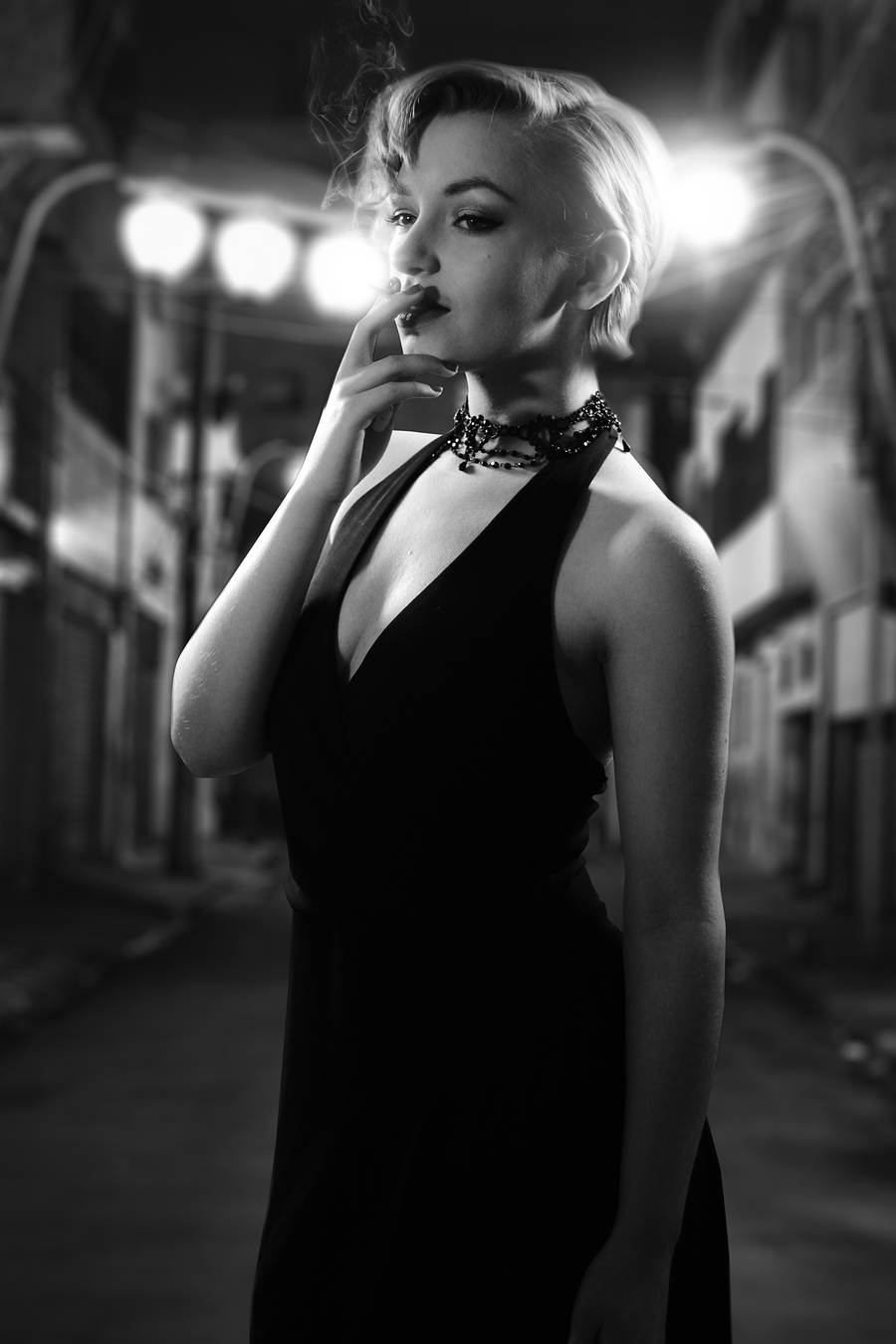 As she took a drag she watched the pool of blood grow. His silent cries invoking no pity as he clutched his throat trying to stop the bleeding and draw air. He was dead and he knew it, she had even stolen from him the sweet sensation of that final breath.

She wasn't Angry, not even dissapointed. She felt only satisfaction, He had gone what he deserved.